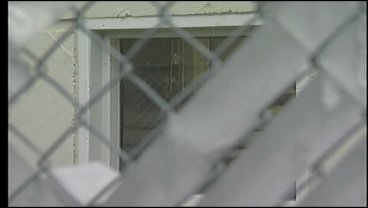 Just last year, voters in Bryan County approved an extension of the quarter-cent sales tax to go toward the jail. KTEN's Jhen Kordela has a budget breakdown of what it's all going toward.

To see where we are now, it's important to know where we came from. So, let's go ahead and take a look back.

"The problem at the time was not just the fact that the jail was deteriorating at the time," says County Commissioner Monty Montgomery. "It needed to be remodeled. But, the fact at the time was we needed more bed space then, and they spent all the money to remodel the jail and had less beds when they got through then they did when they started."

In 2002, years before Montgomery took office in 2007, the governing body at that time passed a quarter-cent sales tax with voters. The money generated from that tax was originally meant to help pay for a major renovation of the Bryan county jail. Officials also took out a loan to gut the jail interior, put in new walls, plumbing and utilities.

"It's not enough," says Montgomery. "There's not enough in any county office in Bryan county to properly budget any office. However, again, as I said before, that's about a 125-percent increase over what the budget was just two years ago."

After voters approved to permanently continue the quarter-cent sales tax, which was set to expire last year, those funds were dispersed differently. Now, the money goes toward the sheriff's office operations, county roads and bridges, the jail and debt owed to local banks for remodeling costs.

According to county officials that debt should be paid off by the 2009/10 fiscal year. County commissioners say they want all debt to be paid off before beginning discussions of building an entirely new Bryan County Jail.