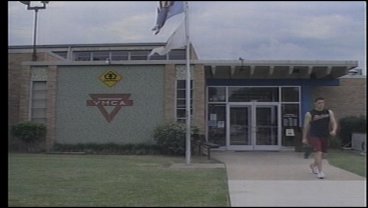 Have you heard the talk around Ardmore of a possible expansion to the YMCA?  An anonymous foundation has given the YMCA thousands of dollars to help get the ball rolling.  Meredith Saldana has more.

The YMCA tells me their goal is to have the estimated $10-million facility up and running in 2 1/2 years.

The nearly 50 year old YMCA has more than doubled their membership since they opened.

The building that was built to accommodate about 4,000 members now has over 5,500 members and is still growing.

CEO Tom Riley says about 5 different feasibility studies are being done to determine what exactly they want to  build, where they want to build it and exactly how they'll go about doing it.

And with many recent layoffs and these tough economic times, riley says a new YMCA will bring more jobs to southern Oklahoma.

"Yes, we will have a much larger staff.  We will have 2 pools that will just double staff in itself," says Riley.

They also plan on tripling the size of the weight room and adding new equipment.

The feasibility studies should be finished in the next few months.

Meanwhile, Riley says they're talking to area groups and foundations interested in lending a financial hand to help make the new YMCA possible.