No Funding To Fix Durant Bridge 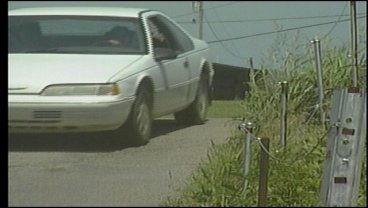 Just east of all the construction off of Highway 69 in Durant, there's a bridge that may need some attention. KTEN's Jhen Kordela explains.

Residents who live nearby call it the "no fault" bridge. Meaning, the vision is so poor going over this one-lane, two-way bridge ... Drivers can -- and do -- get into accidents here at no fault of their own.

Durant resident Melba Graham spends her afternoons at home, content, watching children. But, it's the every-day trips to and from her house that create anxiety.

"It's just horrifying to try to get out of my backyard and go down ninth street to Durant," says Graham. "I never know if I'm going to meet a real fast motorcycle coming over or a little bitty car that I can't see."

It's an issue, not covered by the Oklahoma Department of Transportation's eight-year, $20 million plan to replace and repair state bridges and roadways. It's off of a state highway, goes over railroad property and connects to a city street.

"Years ago, we tried to get it fixed," says Frankie Hill, who lives by the bridge. "My dad actually called attention to it, standing in the same place, and nobody would claim the bridge. The railroad said they didn't own it, the city said they didn't own it because it wasn't in the city limits at that time, the county said it wasn't theirs, the state said it wasn't theirs. Nobody waned it."

The city admits the bridge is an issue. But, as of now, there's no money to address it.

"That's one of the projects we'll be looking at down the road," says James Dunegan, Durant city manager. "We do not really have any funding on the project right at this time, but that's something we'll be talking about as that area grows out that way."

So, until the dollars are set aside for a project, the growing amount of drivers in that area will have to face this bridge head on -- or, steer clear of it entirely.