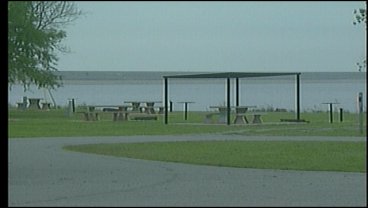 Good news for campers and fishermen - the waters of Lake Texoma are no longer rising. KTEN's Katy Blakey has more.

Lake officials are gearing up for what should be a good weekend on the water. As of Friday afternoon, the lake was still around six feet above normal, but there is some relief. A few closed campgrounds are about to be back open.

Just four weeks ago storm clouds prompted the U.S. Army Corps of Engineers to shut down flood-prone campsites. After weeks of rain, the Corps is ready to open some of those closed sites.

The boat ramp on the Texas side of the dam was opened last week. The West Burns Run camping area is preparing to open, as well as the East & West Burns Run day-use areas. Parts of Lakeside are also open.

The Corps says this recent rainfall postponed some of their rebuilding plans left from the last major flood in 2007.

Highport Marina is also back open, but there are still some places closed around Lake Texoma so park officials urge you to call ahead if you had reservations or if you're thinking of heading out to the lake.

Of course, park officials are stressing safety. The water is still higher than usual, so Lake Patrol urges visitors to wear a life vest and be prepared for unseen dangers in the water.