Ardmore Continues Planning for the Future 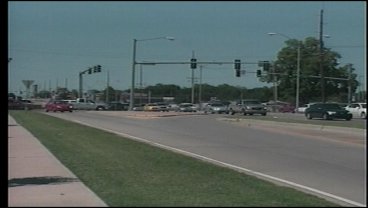 Planning for the future is the goal of Ardmore 2020.  The group just got back from a two day retreat and they say they narrowed down what the community thinks needs the most focus right now.  KTEN's Meredith Saldana has more.

The Ardmore Chamber of Commerce just hired someone whose sole job is to organize the final groups and get the ball rolling on those projects.

At the recent retreat city leaders and members of the community got together and narrowed down the community's ideas from over a dozen different suggestions to about 5 final groups.

At the top of the list, of course, was education.

An initiative titled "Together we Build" was formed and they will focus on facility renovations and a PR campaign to highlight the importance of quality education.

Co-Chair Jessica Pfau says, "The group really focused on revitalizing downtown. I think the vision was a very beautiful downtown that's very inviting.  That when we have visitors coming into town they see Ardmore as a thriving community and the downtown as the hub of Ardmore."

Projects for this group will include redoing some of the buildings as well as updating them.

The person responsible for organizing all these groups and spearheading the projects was just announced, Leslie Linley of Ardmore.

We'll of course have more for you as projects get under way.