Mosquito Numbers on the Rise 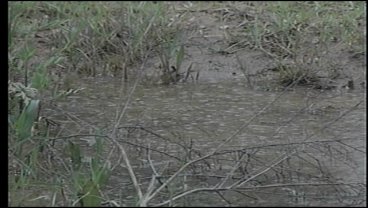 Thanks to the recent rains mosquitoes seem to be out in full force.  And the city of Ardmore says there are ways you can help prevent an increase in those numbers.  Meredith Saldana has more on this story.

The City of Ardmore is out every night until about 11 treating stagnant water and spraying for mosquitoes.

And while the process is expensive, they say it's definitely needed.

The city started spraying at the first of May and say they'll continue to spray until the first freeze which is usually mid October or November.

It's a process they've been doing for about 15 years but they say there are things residents can do to help.

They ask that you get rid of any standing water like pet bowls that might sit outside or any area on your property that might fill up with water after a heavy rain.

They say many people who don't use their pools anymore leave the water untreated and it becomes a breeding ground for mosquitoes.

Experts at the Noble Foundation even have tips for anyone who has a pond or stock tank on their property.

Mike Porter with the Noble Foundation says, "You can actually introduce little fish called mosquitofish that will eat the mosquito larvae and prevent them from living.  And they're very tolerant of warm water and low oxygen.  A lot of people don't think about it but it's a biological way to control mosquitos."

As for West Nile, the city tells us that doesn't become a risk until about July.