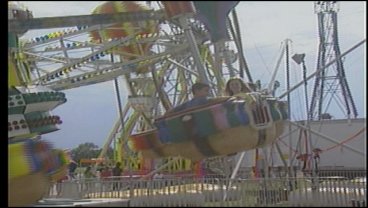 Hoping to spark growth and competition the City of Anna has reinvented itself.  Its complete with a new logo and branding initiative that was revealed on Friday at the kick off of the first annual Anna Glow Fest.  It's a four day event continuing through May 25th.  The festival includes rides on hot air balloons, a carnival, ten bands, fireworks, recognition of military personnel, a church service, an antique car show, and fifty vendors.  The reinvention took months to complete city officials visited many historical land markers, spoke with residents, business owners, schools and more asking what hopes they had for their towns future.  The city says the new logo represents where the town and has been and where it hopes to be going in the future.