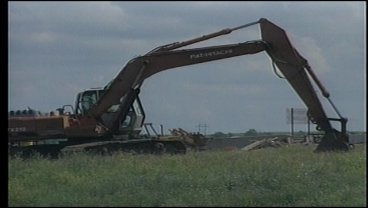 If you do travel over the Memorial Day weekend, look out for construction zones. Stimulus money created a lot of work around Texoma, but it could slow you down. KTEN's Meredith Saldana reports.

Troopers told KTEN News that travelers seem to be in a rush on holiday weekends. And with all the construction and cars on the road, it can get dangerous.

This construction is on Interstate 35 and Highway 53.

ODOT says they won't go down to only one lane during the Memorial Day holiday weekend, but troopers say extreme caution should be taken anyway.

Trooper Casey Hall says whether it's families getting a late start to their holiday vacation or just impatient drivers. They see more violations and road rage on the highways during weekends like this, and construction zones are even more reason to be careful and aware of other drivers.

Trooper Hall told KTEN News, "There is quite a few but most of them will be open and hopefully they'll be back normal speed where people will not slow down. But if they do run through a construction zone take your time, slow it down and watch for others. Especially watch for people that are working on the roadway."

Trooper Hall says to remember that if you are caught speeding in a construction zone, the fine doubles.