Lake Murray Prepares For Visitors From Other Area Lakes 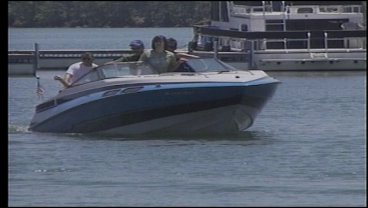 You can bet Lake Murray is ready to take in those extra campers and boaters since the water there isn't as high as other area lakes.  Meredith Saldana visited the marina and has more.

Lake Murray Marina has the only gas dock on the lake so they're filling the tanks just in time for the holiday weekend.

And Wednesday they even placed their beer order for 4 times the normal amount in preparation.

Business was already steady Wednesday for the Lake Murray Marina.

But this isn't the first time they've seen an increase in people visiting from other area lakes.

Marina officials tell me just a few years ago they saw large crowds when Lake Texoma was flooded over the spillway.

Dan Looney at the Lake Murray Marina says they are expecting a very busy weekend.

The Lake Murray Lodge says they're already at full capacity but that's not unusual for Memorial Day Weekend.

However they say they have had a large volume of calls from people looking for a last second place to stay this holiday weekend.

Over all the marina tells me they're prepared for the large numbers this weekend and of course it's great for business.