Why Gas Prices are Up - KTEN.com - Texoma news, weather and sports

Why Gas Prices are Up 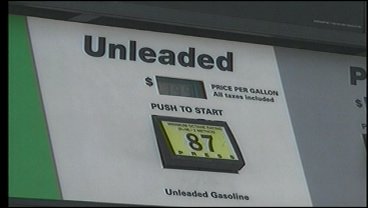 The pain at the pump is back. Prices again, well over two dollars in some places. So we wanted to know why.  KTEN's Deeda Payton reports.

According to a local gas station owner and distributor, the rise in price is a direct result of a refinery fire in the state.

Brad Douglass of Douglass Distributing says gas prices are up about eight cents across texas. Triple-A reports the average cost of a gallon of regular is at $2.23 in Texas. Douglass attributes the statewide increase to Monday's fire at Flint Hills refinery in Corpus Christi. He says BP in Texas City, Shell at Deer Park, and Flint Hills are all experiencing temporary refinery problems which trickle down to texoma. The good news, though, is this price hike should be short-lived. "It's a temporary supply problem that should be resolved in the next couple of weeks."

Douglass does not expect gas prices to climb as high as they did last summer. He believes they will drop significantly within the next three weeks.

The average price of regular gas in Oklahoma, according to Triple-A, is four cents cheaper than in Texas. The sooner state is paying about $2.19 a gallon.