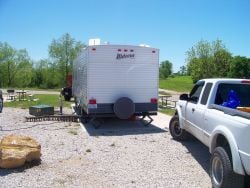 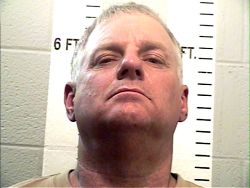 On 05-18-2009 the Carter County Sheriff's Department was contacted by the Texas Department of Public Safety.  A joint investigation was started for the recovery of a possible stolen RV trailer currently located in Carter County.  That during the investigation, a 2007 HideOut RV Trailer was located at the Hidden Lake RV Park at 4661 Hedges Road- Carter County.

Terry Edward Nixon was taken into custody by Carter County Deputies without incident for Possession of Stolen Property.

The trailer was taken to a secure location, and will be returned to the owner.

After Nixon's charge in Carter County he will be sent to Wise County for their charges.