TX Law Enforcement Wants You to Click it, Not Risk a Ticket - KTEN.com - Texoma news, weather and sports

TX Law Enforcement Wants You to Click it, Not Risk a Ticket 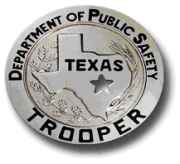 May 18, 2009
Texas law enforcement wants you to click it, not risk a ticket

From May 18 to May 31, law enforcement officers across the state will conduct the eighth "Click It or Ticket" enforcement mobilization to remind drivers and passengers to buckle up.

"We continue to participate in "Click It or Ticket" because there are still about 9 percent of Texans who are not buckling up," said Texas Highway Patrol Chief David Baker. "That may not sound like many, but for every percent increase in safety belt use, 25 fewer Texans will be killed in traffic crashes."

Safety belt use in Texas continues to rise. Last year, the Texas Transportation Institute reported 91.24 percent safety belt usage in the state, and this year's goal is 93.25 percent-the highest goal set in the history of the Texas "Click It or Ticket" program.

When people don't buckle up, it costs everyone. Since 2001, the use of safety belts in Texas has saved the state and society an estimated $8.25 billion in wage and productivity losses, medical expenses, insurance rate increases, travel delays and administrative and other associated costs.

Who is not buckling up? Front seat passengers don't wear their safety belts as often as their drivers, even though they face just as great of a chance of being thrown through the windshield during a crash. Wearing a safety belt increases the odds of surviving a serious crash by 50 percent, and for pickup trucks, the odds are better with an increased chance of survival at 60 percent.

Texas law requires every person sitting in the front seat of a vehicle to wear a safety belt. The law also states that all children under 17 must be secured with a safety belt, or in a child safety seat, whether they are sitting in the front or in the back seat. A child less than five years old and less than 36 inches tall must be secured in a child safety seat. Drivers can be stopped and ticketed for a safety belt violation if they, or any of their passengers under the age of 17, are not buckled up or properly restrained. Traffic fines for failing to use a seat belt or secure a child in a safety seat can run from $25 to $200, plus court costs.