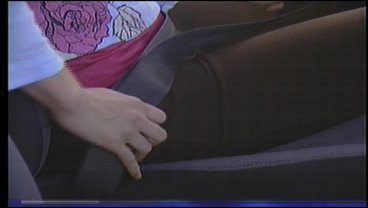 To most of us it's common sense. Get in the car and buckle up. But still, every year, thousands of people hit the road without wearing their seatbelt - putting their lives at risk.

Numbers released by the Department of Transportation this week show startling figures. Research shows more than 15,000 lives were saved in 2007, because people were wearing their seat belts. Over 1,600 lives could have been saved if more people buckled up and experts predict over 22,000 serious injuries could have been avoided if people wore their seat belt.

It's numbers like these that back lawmakers wanting to tighten seat belt laws. The Texas Senate has voted to require passengers in the back seat to wear seatbelts or face being ticketed.  Texas already requires seat belts for drivers and passengers in the front seat. Local law enforcement back the new bill.

"If you get in an accident it's your life," said Corporal John Kennemer with Sherman Police. "How important is your life or your child's life? And to me it's the most important thing in the world."

Sherman Police say they take seat belt violations seriously and write several tickets a week. As for the bill, it passed in the Texas Senate and now goes to the House.