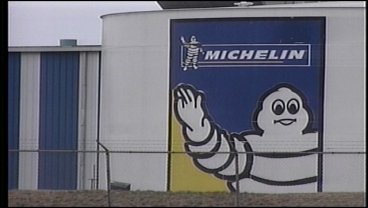 Good news for some Holland Group employees: Michelin will be bringing back quite a few of them after letting them go last year. KTEN's Meredith Saldana met with one of the employees.

The worker tells KTEN News they are excited to have the opportunity to head back to work, especially during these tough economic times.

According to the Holland Group, they will be headed back to work in full force June 1.

Just a few weeks from now, 62 employees are headed back to work at Ardmore's Michelin tire plant.

By the end of July, they plan to have approximately 82 of people working out at the plant.

Greg Lornes was let go just before the holidays last year and says it was hard on the employees that lost their jobs and says the re-hire couldn't have come at a better time.

Lornes says, "You've got people losing their cars, losing their homes you know anything from supporting children and to know that they're coming back at a great wage it's real helpful."

Lornes says they're now trying to contact those that lost their jobs last year and are even inviting new applicants to come by their Ardmore's office to apply.

He says all you'll need are two forms of id, a high school diploma and to pass a drug test.

The Holland Group has been teaming up with Michelin for the last five years and says they're happy to be working with them again.