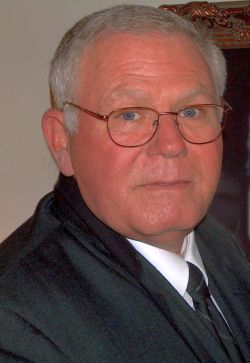 "I am deeply honored by this appointment. It is a reaffirmation of the solid academic programs that distinguish Austin College, especially the college's offerings in Texas history and in Southwestern studies," Cummins said. "It has been my good fortune to have taught many students who have had a marked interest in Texas history over my 31 years on the faculty. Many of these students have graduated to distinguish themselves in a wide variety of careers by which they have advanced Texas and the Southwest."

Cummins is the second to hold this honorary designation, created by the state legislature in 2005. He replaces Jesus de la Teja of Texas State University-San Marcos. During his two-year term as state historian, Cummins is expected to enhance Texans' knowledge about the state's history and heritage, encourage the teaching of Texas history in public schools, and consult with top government officials on the promotion of Texas history.

Cummins is an author, history professor, and director of the Center for Southwestern and Mexican Studies at Austin College. His most recent work, Emily Austin of Texas, 1795-1851, was published in April by the TCU Press as part of its Texas Biography Series. He is a board member of the Texas State Historical Association and an associate of the Danforth Foundation. He is also past chair of the Grayson County Historical Commission and a member of Humanities Texas. Cummins received a bachelor's degree from Texas State University and a doctorate degree in history from Tulane University.

Austin College is a leading national independent liberal arts college located north of Dallas in Sherman, Texas.  Founded in 1849, making it the oldest institution of higher education in Texas operating under original charter and name, the college is related by covenant to the Presbyterian Church (USA). Recognized nationally for academic excellence in the areas of international education, pre-professional training, and leadership studies, Austin College is one of 40 schools profiled in Loren Pope's influential book Colleges that Change Lives.