City Responds to Flooding in Durant 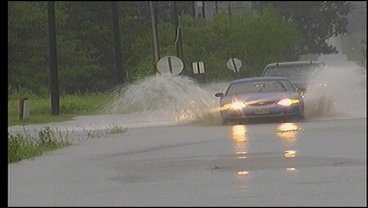 An unwelcome start to the work week. Heavy rain, with nowhere to go, stranding drivers in Durant. The worst happening North of Highway 70, and West of Highway 69/75.

City Manager Jim Dunegan says any flooding is no good. "We had a few people call in that had some issues, and places we had to take sandbags out."

Assistant City Manager Ralph Houser says, "Most of the water issues I'd say were primarily West of Durant from the South side around Crescent Creek Apartments all the way North to Chuckwa Creek."

After touring the flooded areas, Dunegan says they have a better understanding of what's worked and what hasn't.

"A lot of this is caused a lot of times by a drain pipe being stopped up and it will cause a restriction and water backup and we've been looking at those all year long and I thing that saved us a lot of problems this time."

City officials say some of the areas flooded because they didn't have adequate storm drains. They say many homes that are now part of Durant were built when they were in Bryan County, and then later annexed in to the city of Durant. It's that area they'll now focus on to make sure builders install the proper drains.

Dunegan says, "Anything that's creating a problem for people that's on city property, we're going to try to address in the coming future."

The city has also applied for a federal grant for an engineering analysis on the hold drainage basin in Durant. They say it'll be a while before they know the outcome of that grant application.