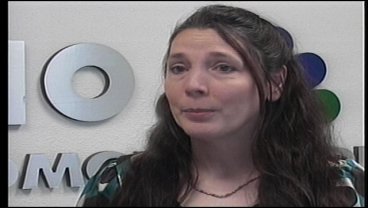 Looking out for your money.  Monday is the tax deadline for folks in Carter County, yes, a month later than normal because of the extension for those affected by the February tornado.  And while the rest of the country held their tax protest tea parties in April Carter County's is Monday night.  KTEN's Meredith Saldana has more.

The rally is still going to take place at 6 o'clock despite the weather but for those residents who plan on attending the location has changed, it will now be held at the Hardy Murphy Coliseum.

Last month tea party's were held nationwide to express concern over government decisions and the status of the economy.

Monday is "tax day" in Carter County and a recently formed group called "Voices for Common Sense" has come together and planned a tea party of their own.

One of several original organizers Ana flatt says they thought this was a good way to rally some enthusiasm and get people gathered together in one place to unite their voices as one.

But flatt says this is not a rally for people who hate the president or a particular party, she says that's not was this rally is for.

"We're not here to place blame.  We're here to find solutions and so if you think that the government has over-stepped it's bounds and is and has been over-stepping it's bounds in these runaway spending sprees then come on out tonight and join your voice to ours and lets see where we go from here," says Flatt.