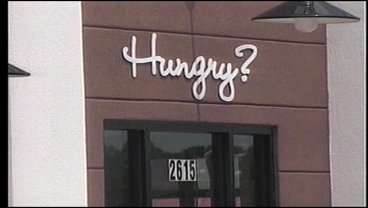 After Oprah's show, viewers printed off millions of coupons like these for free chicken from KFC.

But now, KFC says you can no longer redeem them. KFC says the response was overwhelming, and people were lined up all the way out the door and around the corner at some locations forcing them to no longer accept the coupon.

Public opinions are forming across the nation.

Here's what one customer had to say. Roy Martin told KTEN News, "Well, I think KFC wanted the free advertisement and air time. And now, they're trying to back out on the deal."

KFC did say they apologize for the inconvenience and have introduced a "rain check" program, but customers say it's still not right and underestimating the popularity of the coupon should have been taken into consideration.

Cris Spencer told KTEN News, "If they're gonna say that, then they ought to give it away."

Peggy Langley said, "If they said they'd do it, they ought to honor it."

If you are still holding one of these coupons, KFC says to visit a participating KFC restaurant to pick up a "rain check" form.

KFC says you will then receive a new rain check coupon that you will be able to redeem at a later date.

KFC says if you choose to go the "rain check" route, they will throw in a free Pepsi, as well, for the inconvenience.