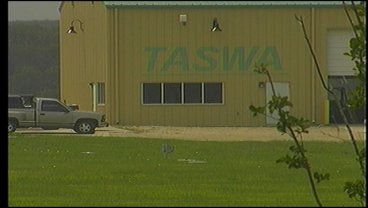 Back in January we told you our local landfill was in the red. But, now they are raising rates, and not everyone thinks they should. KTEN's Deeda Payton has more.

Starting July first, the Texoma Solid Waste Authority, that serves Grayson and Cooke County, will raise their rates by two dollars. Board members approved the increase yesterday, despite objections from the Sherman mayor.

The landfill is supported by the cities of Sherman, Denison and Gainesville. But, TASWA's executive director blames the recession for a decline in business, more companies closing means less trash.

Sherman's mayor says he understands TASWA's concerns, but he doesn't think raising rates is the only way to turn TASWA around, especially when everyone's money is tight. "I have a responsibility to make sure before I raise taxes in our constituents that we've done everything we can to keep costs in line and I disagreed that we've done everything we can, so I voted no."

Magers says if you crunch the numbers TASWA needs about $90,000 dollars to pull its self out of the hole. Money, Magers says, the board should be looking for in other areas besides taxpayers pockets.

At yesterday's meeting, Denison's mayor said  the city's would not raise taxes to come up with the money, that the cities themselves would come up with it. But, Magers pointed out it's still all tax payer money.

We tried to contact TASWA's Executive Director, Dale Sissney, but he could not be reached for comment. The rate increase will take effect July first, changing from  $28 a ton to $30 a ton.