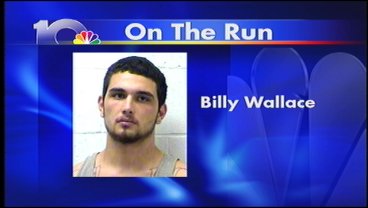 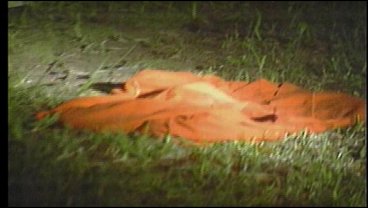 A Bryan County inmate remains on the loose Tuesday morning... We're told he ran from the emergency room at MCSO in Durant.

18 year-old Billy Wallace was charged April 13th for armed robbery with a knife... accused of breaking into a home and holding a couple at knife point.

Monday night, deputies took him to the hospital in Durant because of a laceration on his forehead and an injury to his shoulder. But when they took the hand cuffs off for the x-ray, he ran out of a back door of the hospital.

All this happened around 9:45 Monday night. Within thirty minutes, officers found his orange jumpsuit on Lavola Street... But that's where the trail went cold.

Authorities blocked off a perimeter at Washington and University up to Chuckwa Street, where he was last seen running.

Wallace escaped custody from Bryan County while getting treatment at the Medical Center of Southeastern Oklahoma Monday night.

He is considered armed and dangerous.

Call authorities if you see or know anything about this escape.