Lake Murray Level Up, But Not Enough - KTEN.com - Texoma news, weather and sports

Lake Murray Level Up, But Not Enough 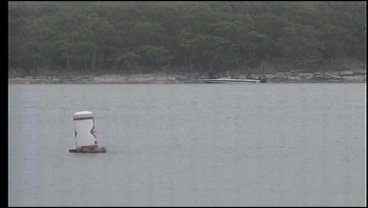 The rains didn't raise the water levels at Lake Murray like the Lake Patrol had hoped. In fact, there are still some dangers to keep an eye out for. KTEN's Meredith Saldana reports.

OHP says even with the much needed rain this week, they are still seeing foreign objects sticking out of the water.

They said anyone who plans on coming out in the coming weeks still needs to use extreme caution.

The recent rains at Lake Murray have brought the lake level up nearly two feet, but Lake Patrol says the levels need to rise another three feet to be back to normal.

Though the rain is a positive thing, OHP Lake Patrolman Marty Grisham says, if boaters aren't careful, the two foot rise could pose another problem.

He says now many objects like stumps and debris that were sticking out of the water last week are now just barely below the surface, making them very difficult for boaters and skiers to see.

"When you go out, watch for debris. Watch for rocks, if you hit one it could bring your vessel to a sudden stop, in turn  throwing people out of the vessel. Make sure everyone has life jackets on for that reason."

They also warn fisherman that tend to fish near the shoreline. There are rocks just below the surface, as well as sand bars just inches below the water that run several hundred feet off the banks.