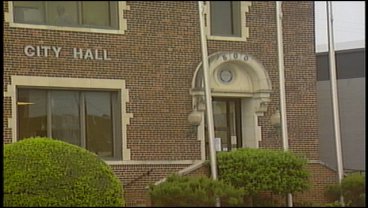 KTEN's Vanessa Bolano spoke to all three candidates, but one declined to go on camera saying he has a unconventional strategy.

Despite the rain and gloomy weather, residents in Denison are still heading to the polls.

Running for re-election is Mayor Robert Brady. If elected it would be his second term as mayor. He says he'd spent the next three years focusing on revitalization and attracting quality jobs.

Former City Council Member Dan Mooney says he served the city for over 20 years, and if elected intends to support and help senior citizens and the disabled.

"There will probably be complaints that say he's too old, he can't last. Well, if I've lasted 85 years and am still viable, able to communicate and navigate, I think that I can handle three years in the mayors office."

Also running for Mayor is Denison resident Dough Hoover, yet he declined to speak with us on camera saying it's not part of his strategy.

Early voting is happening at Denison City Hall from 8 a.m. to 5 p.m. until May 5th.

Election day is May 9th. To vote just head to your polling location.