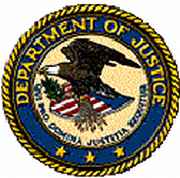 MUSKOGEE, OKLAHOMA - Sheldon J. Sperling, United States Attorney for the Eastern District of Oklahoma, announced today that RONNY WAYNE MANTZKE, age 32, of Healdton, Oklahoma, pled guilty to Possession of Listed Chemical with Intent to Manufacture a Controlled Substance in violation of Title 21 U.S.C. Section 841(c)(1) and Possession of a Firearm in Furtherance of a Drug Trafficking Crime, in violation of Title 18 U.S.C. Section 924(c).

"Charges arose from an investigation by the Durant Police Department and the Bureau of Alcohol, Tobacco and Firearms" stated U.S. Attorney Sheldon J. Sperling.  "MANTZKE was indicted in March 2009."

"On February 19, 2009 during a traffic stop by the Durant Police, MANTZKE pointed a pistol at one officer and fled on foot.  After a short pursuit, MANTZKE was arrested and the firearm was recovered.  A further search of MANTZKE's vehicle, uncovered approximately 6-8 grams of pseudoephedrine," continued U.S. Attorney Sperling.

"The Honorable Steven P. Shreder, Magistrate Judge in the United States District Court for the Eastern District of Oklahoma, in Muskogee, accepted the defendant's guilty plea and ordered the completion of a presentence report.  Sentencing will be scheduled following its completion.  The defendant remains in the custody of the United States Marshal Service pending sentencing."

"The statutory range of punishment is from 7 years to life imprisonment and/or up to $250,000.00 in fines," stated U.S. Attorney Sperling.  "A preliminary calculation of the Sentencing Guidelines, projects an advisory sentencing range of 37-46 months imprisonment with an additional 84 months consecutive."