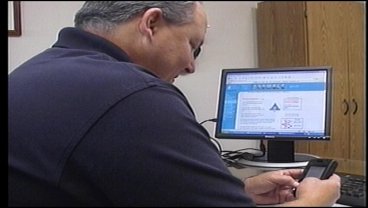 Ardmore commissioners voted Monday night for their own mass notification system to alert residents of severe weather as well as other city information.  KTEN's Meredith Saldana has more.

The city was looking for a better way to communicate with Ardmore residents faster and more efficiently.

Here's the way it works.

The city decides whether something like severe weather, a child missing or evacuation alerts are necessary.

They then activate the new system via cell phone or on a computer.

In a matter of minutes every resident affected will be contacted whether it's by home phone, cell phone, e-mail or text.

For example, if the water department has a water break that affects a certain area this system has GO mapping, they can actually circle the area of town that's affected.

"This system will contact only those people to tell them that there's a water problem.  There may be a disruption in service, how long it might last and it's always good for the citizens to be informed so they're not worried or wonder what happened.  They know exactly what happened and an idea of how long it might take to repair," says Fire Chief J.D. Spohn.

The system is free to residents and will cost the city $27,000 a year.

Six contacts will be allowed per address.

You can log onto the city website and choose whether cell phone text, e-mail or just a call to your home or cell phone is the best option for you.

The system is expected to be up and running in about 2 weeks.