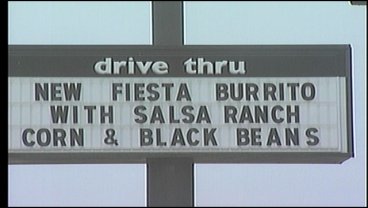 In this week's "Behind the Kitchen Door" we're taking a look at restaurants in the Durant area. Here's KTEN's Katy Blakey with a rundown of how some of your favorite restaurants are scoring.

First stop - the Sonic in Calera. In January, the fast food joint was inspected by Bryan County health officials. They received one critical violation for certain foods not being kept cold enough to protect against food borne illnesses. According to the report foods kept out of temperature were discarded during the inspection.

Also in Calera - Chuck's Bar-B-Que. In February, inspectors noted some of the meat was not being kept hot enough - a critical violation. The problem was immediately corrected.

In Durant, we checked on the Subway on West Main Street. Inspectors recently cited the restaurant for having no paper towels at a hand sink. And, another violation for a "large gap along bottom of back door" which could allow insects inside.

For the most part inspectors found only minor violations at the Taco Mayo, but a "black mold substance was found on the ice machine shield."

Here are a couple of popular restaurants scoring well on recent reports: Chicken Express off West Main, Chili's and the Quizno's - all in Durant.

We want to hear from you. What restaurants concern you? Which ones would you like us to check out? Send us your ideas to newsteam@kten.com or you post comments on this page.