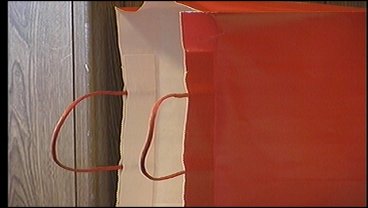 On Tuesday, both candidates, Barbara Robbins and Sheila Moss, met at the courthouse to watch a gift bag decide their fate.

According to Oklahoma state law, when an election ends in a tie it's decided like this.

The election board writes both names on two separate, identical papers, shows the public the names, then folds them up, and throws them in some sort of a container. In this case it was a gift bag.

After shaking it up one name is drawn. On Tuesday afternoon, Barbara Robbins was selected.

Both women, as well as Election Board Secretary Linda Fahrendorf agree the tie breaker is bizarre.

Barbara Robbins, who won the election, says "I guess it's okay. That's the way they decided to do it so it'll be alright."

Linda Fahrendorf, Bryan County Election Secretary says, "The first year I did it, I used a paper sack, a grocery bag, so this year I changed to a gift bag."

Fahrendorf says several years back there was a tie in another Bryan County race.

This year there was also a tie for a city council election in Lexington, Oklahoma. There the winners name was picked out of a hat.

Election officials say this method is a lot cheaper  than a rematch.