Thackerville School District Says They're Not Giving Up 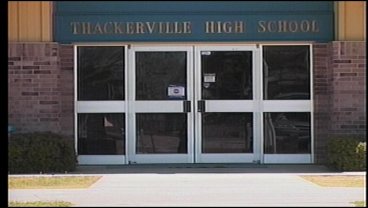 It has been a controversial issue in the city of Thackerville.  A more than $4-million building bond.  Tuesday night we told you voters didn't pass the bond.  KTEN's Meredith Saldana spoke with the school officials on what's next.

The superintendent tells me they aren't giving up and they plan to look at their options and reevaluate their plan.

The school district was asking residents to pass the bond to build a new high school that would add 9 classrooms, another gym, and more office space.

Superintendent David Herron says although it didn't pass they still have a growth issue.

The number of students is continuing to grow so they will be looking at other avenues.

Herron adds, "We want to continue to grow and our community has been behind us.  We feel like that we just need to kind of go back to the drawing board and revise some things that'll be more acceptable to everyone."

He says 345 people turned out to vote on the issue.

Herron tells me that's more than turned out for the presidential election.

He says right now they're going to look for the best solution to issues members of the public brought to their attention.

And there's a possibility that they'll try to bring it to another election.

I asked herron about the possibility of applying for grants he says most of those available require districts to already be bonded out.