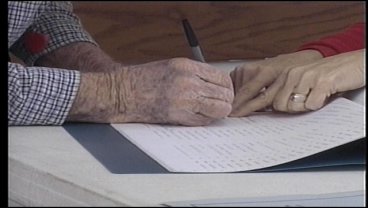 Tuesday is Election Day in Oklahoma. And locally, we had dozens of city and town leaders across the area elected.

We also had two school bond elections. Sad news there, for backers of the bonds: both were defeated.

In Love County, there we more people in favor of the $4 million school bond for Thackerville Schools.

They came in well short of the 60-percent majority require. Only 53-percent voted "Yes." Again, they needed to get 60-percent in favor.

In Pushmataha County, a $1.5 million school bond was soundly defeated. 54-percent of the voters said, "No."

We will not know for a day or two who will win the Bennington Board of Trustees race. Sheila M. Moss and Barbara Robbins are dead-even, with a tie, each receiving just 12 votes.

According to Bryan County Election officials, both names will be put in a hat, and the winner will be drawn. Believe it or not!