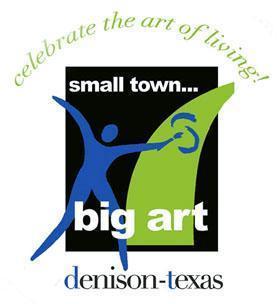 The Texas Commission on the Arts (TCA) received letters of intent to apply for the Cultural District Designation (CDD) pilot program from sixteen different entities in January 2009.

The Commission approved seven locations for the CDD pilot program at the March 2009 meeting. Commissioners also recommended awarding up to $5,000 for each site for the development of their CDD application, consultant fees or salary support. These proposals will be developed for each location and approved by TCA staff. Funding for the CDD pilot program comes from the Memorandum of Understanding TCA has with the Texas Department of Transportation to support cultural tourism activity.

Lubbock is located in the northwestern part of the state, a region known historically as the Llano Estacado. It is the county seat of Lubbock County and home of Texas Tech University.

San Angelo is the county seat of Tom Green County, in West-Central Texas. It is home to Angelo State University, and Goodfellow Air Force Base is located at the city's outskirts.

Denison is a city in Grayson County with a population of 22,773. In the 1990s Denison began attracting artists to its downtown area. Many of those artists settled into the 19th century buildings along Main Street and converted them into art galleries and artists studios.

McAllen is the largest city in Hidalgo County in the Rio Grande Valley. With a population of 106,414, McAllen already has an arts district, an entertainment district, a historic downtown area and a Creative Arts Incubator.

Pro Arts Collective is the lead organization in a consortium of community-based groups who have been charged with planning and implementing an African American Cultural Heritage District in central east Austin. This charge stems from the recommendations developed by members of the African American community in collaboration with city government.

Huntsville is the county seat of Walker County with a population of 35,078. Located in the East Texas Piney Woods, it is home to Sam Houston State University, the Texas Department of Criminal Justice and Huntsville State Park.

Winnsboro is a city in Franklin and Wood Counties, located 40 miles north of Tyler. Winnsboro has a population of 3,584 and is the "hub" for many other cities in the region.