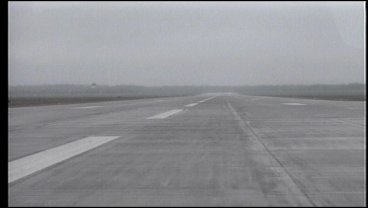 The Ardmore Development Authority held a ribbon cutting for the new $14.5 million runway at the Ardmore Airpark Friday morning.  Speakers at the ceremony said it was a monumental event for the city of Ardmore the new runway is now big enough and strong enough to handle a fully loaded  747 airplane.   KTEN's Meredith Saldana has more.

The new runway is designed to handle large commercial freight aircraft and opens the door for Ardmore to become an International Logistics Center.

Foreign Trade Zone Number 227 at the airpark has also received conditional approval to become a Customs Port of Entry.

But what does this mean economically?

The Director of the Oklahoma Aeronautics Commission, Victor Bird, says, "This means thousands of doors just opened for the city of Ardmore.  The group or set of companies that may have been looking at Ardmore or that Ardmore's been talking to, you just took that and you made that instead of 100 companies you just made it 100,000."

Just to give you an idea of what a large project this was, 1.75 million cubic yards of dirt was moved in the process and it took over 1,400 gallons of paint just to paint the stripes on the runway.