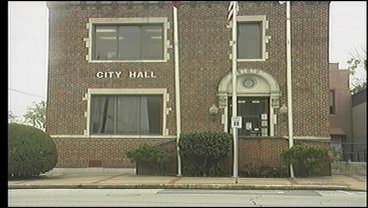 A couple of years ago Robert Brady ran unopposed for Mayor of Denison, but this year things will be different.  Doug Hoover, Dan Mooney and Mayor Brady will face off for the position in the May 2009 Election.

So if you live in Denison, get ready to head to the polls in May.  Although election day is only a little over a month away, you wont see much campaigning around town as all the candidates seem to be keeping a low profile.  But it is official, as stated on the door of the City Hall in Denison, the three men, Brady, Hoover and Mooney will run against each other in the beginning of May.

Mayor Brady says he welcomes the competition.  "This is new for me running a campaign against somebody else, but you know what that's the American way.  It wouldn't be a Democracy if people didn't run against each other.  I am glad glad we have people interested in our community."

We contacted Hoover and Mooney mulitple times this week but both had few comments.  They say it's to early in the campaign to make statements even though the election is only about a month away.  The 2009 election should be interesting as all three candidates have known each other for years.

If you want to vote early you can head to the polls in about a month on April 27th.  The offical election day will be held on May 9th.