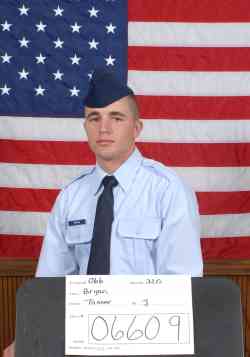 In addition, airmen who complete basic training receive credits toward an associate in applied science degree through the Community College of the Air Force.

He is the son of Kerry and Jack Bryan of South Bullet Prairie Road, Tishomingo, Oklahoma. Bryan is a 2008 graduate of Tishomingo High School.