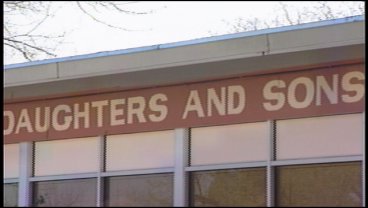 It's a story we've been following for more than a year: care concerns inside a Durant nursing home. Now, the state is watching even more closely. KTEN's Jocelyn Lockwood reports.

There have been repeat problems inside the King's Daughters and Sons nursing home in Durant for over a year now. They are what the state and centers for Medicare and Medicaid services call a "yo yo" facility.

Their surveys show there are care concerns within the home and poor performance, but the home will then pass or "clear" a survey - only to be cited the very next time.

But state regulators are watching more closely than ever.

This is the King's Daughters and Sons nursing home in Durant. Over the past year, it has had its share of alleged problems.

In February, KTEN News uncovered allegations of drug use, and improper care inside the home.

"To the best of my understanding, it was prompted by a treatment nurse seeing two of the employees coming out of the trailer behind the nursing home, and she smelled marijuana on them," said a former employee of King's Daughters and Sons in Durant.

We took our findings to the state, and health inspectors responded.

Since then, they have been inside king's daughters and sons a number of times, citing three immediate jeopardies, meaning that three times, they found someone inside who was in danger.

Huser is Chief of Long Term Care for the State of Oklahoma. She says it's rare inspectors would be called to inspect a home this often.

"You may receive a complaint or two through the year on a facility but hopefully that will be it. For us to going and cite immediate jeopardy's three different times, three different investigations is unusual."

Now, King's Daughters and Sons is what the Centers for Medicare and Medicaid Services calls a "Special Focus Facility." Basically, they're on a watch list, because of poor quality of care.

Because of it, the state will inspect it twice as often (every six months)... And if it receives more than one more bad report, the home could lose it's medicaid and medicare funding and close.

"Currently, the facility is in compliance. We have revisited the survey we did in November and we feel like they are in compliance at this time, and so going forward, we hope that they will stay that way," adds Huser.

According to the King's Daughters and Sons administrator Kimberly Owens, they are working diligently to be removed from the "Special Focus" program, and working toward more "clean" surveys.

But each time they were cited and fined, they corrected the problem within the state-mandated time frame.

Huser says state investigators should be back at the home within the next six months, but she hopes the homes is getting back on track.