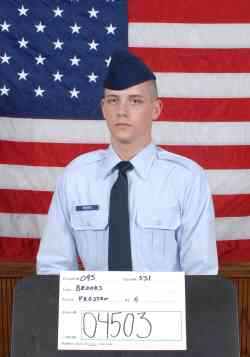 He is the son of Donna Brooks of E. Spruce St., Whitewright, Texas. The airman is a 2007 graduate of Tom Bean High School, Texas.