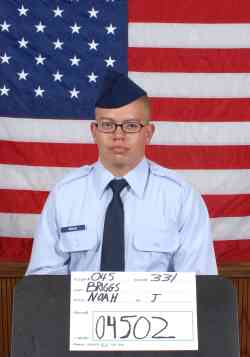 He is the son of Randy and Teressa Briggs of Canterbury Circle, Sherman, Texas. The airman is a 2007 graduate of Texoma Christian School, Sherman.