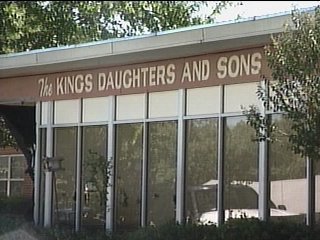 Tonight our series, Trusted Care, takes a look at one of the most important aspects of elder assistance: patient's rights. In addition to rights as U.S. citizens, residents entering a nursing home enjoy expanded rights. KTEN's Jocelyn Lockwood has more.

Nursing home residents have the right to be treated with dignity and respect as well as the right to privacy among others. But, what happens when those rights aren't respected? And, how do we ensure residents maintain their rights, but keep them safe at the same time?

A 2006 incident at Durant nursing home is just one example of how the industry is struggling to balance patient rights with standards of care.

Accused of failing to ensure residents were protected from accidents, failing to ensure documents were correct, and failing to report an employee to the Oklahoma Board of Nursing for a neglect allegation. Those were three allegations listed in a complaint inspection at the Kings Daughters and Sons Nursing Home in April 2006.

According to records KTEN obtained from the Oklahoma State Department of Health in Oklahoma City, a resident who was assisted to the bathroom early one morning fell from the toilet hitting her head. She later died at the hospital.

An aide, who helped the woman to the restroom, told state surveyors the resident asked him to step outside and allow her privacy. Because, in this case, the patient had the right to privacy the allegation was not substantiated, and the nursing home was not cited.

"Someone who falls in the restroom, we do respect the rights of resident's privacy, so we would look into that to see if it was just an occasion have some privacy or it was an occasion of neglect such as if the resident could not be left alone," said Dorya Huser, Chief of Long-Term Care.

Following the incident, two employees were suspended pending an investigation that revealed conflicting accounts of what happened. Eventually, the nursing home was written a deficiency for not reporting a neglect allegation against a licensed practical nurse to the Oklahoma Board of Nursing. Whether the LPN was fired or quit is unclear; however, according to investigation documents, they are no longer working at the facility.

"We don't tell a facility what to do with their employees, it's their decision whether they keep an employee or not keep an employee," Huser said. "Now, if you have an employee that had been instructed to report and it's part of facility policies and they didn't do that, then that might be the choice of the facility would take is to terminate their employment."

All of this is the result of a patient asking for her right to privacy. So, how do we protect the rights of those in nursing homes without endangering them?

"There definitely is a fine line there, and one thing that needs to be understood whether its a nursing facility or an assisted living facility they don't loose any of their rights," said Michelle Pierce, Local Managing Ombudsman in Grayson, Cooke and Fannin Counties. "They have every right they had when they were living in the community."

In April 2007, during another complaint investigation at the Kings Daughters and Sons, surveyors reported witnessing for themselves the rights of 4 residents being violated. In all four cases, resident's private body parts were exposed to hallway traffic during care. The facility was cited for the incidents.

And, those aren't the only deficiencies written during the April 2007 inspection.  We'll talk about those, as well as information on more recent inspections, including one in late August.       Kings Daughters and Sons declined to comment on these inspections or our story.